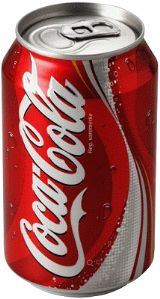 Coca-Cola (also known as Coke, Coke being a trademark of the Coca-Cola Company after it was discovered many people called it by that particular name) is a very popular carbonated cola soft drink sold in stores, restaurants and vending machines in more than 140 countries. It is produced by the Coca-Cola Company, which is also occasionally referred to as Coca-Cola or Coke. It is one of the world's most recognizable and widely sold commercial brands. Coke's major rival is Pepsi.

You have no Bar set up yet.